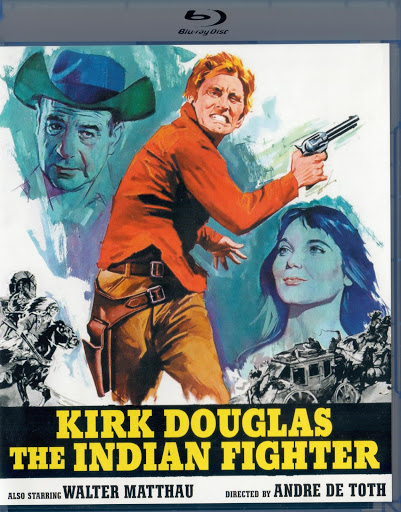 I had the pleasure of meeting Kirk Douglas twice at book signings and he was generous, intelligent and down-to-earth. I rate him high on my list of celebrities I’ve met. Of his Westerns, my all-time favorite is Last Train from Gun Hill (1959). Not all of his Westerns are available on Blu-ray, so I was quite happy to pick-up The Indian Fighter (1955). Filmed on location in Bend, Oregon, the color cinematography is something I never get tired of watching. The visuals alone make the film worth screening, and the story works perfectly. For those that claim that Hollywood films always denigrated the Native American experience, this film proves otherwise with its sympathetic and dignified portrayal of the Sioux. Yes, there are some elements that are considered inappropriate by today’s ultra-sensitive standards (such as the character of Johnny Hawks being lauded as ‘The Indian Fighter’) but the overall depiction is respectful. Supporting players Walter Matthau and Lon Chaney embody their sleazy roles, and the script by Frank Davis and Ben Hecht gives everyone nice, terse syllables to chew on. The action often seemed perfunctory to me, but Kirk Douglas is at his masculine best here, and few actors in Hollywood, then or now, can convincingly play such a vigorous Westerner. In fact, Douglas has the best lines in the film when he describes to a photographer played by Elisha Cook, Jr., on why he doesn’t want to see the frontier crowded with people: “To me, the West is like a beautiful woman – my woman. I like her the way she is. I don’t want to see her changed. I don’t want to share her with anybody…”  Italian actress Elsa Martinelli is effective as the Indian maiden that Johnny Hawks falls in love with. She has little to do, but her nude scene early in the film caused quite a stir when the film was released. It’s tame but still alluring by comparison to modern nude scenes. It’s cliché to say “They don’t make them like this anymore” but I sure wish they did. I think most of the Westerns Kirk Douglas made are pretty good, not to mention The Big Sky (1951), Man Without A Star (1955), Gunfight at the OK Corral (1957) The Last Sunset (1961) Lonely Are the Brave (1962), and The War Wagon (1967). There are others, but these are my favorites. 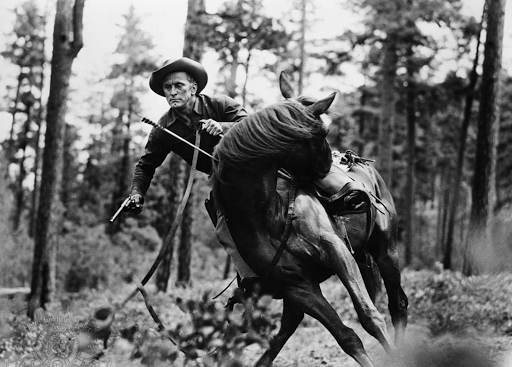 Posted by Thomas McNulty at 9:04 PM