Tales of the Wandering Collector 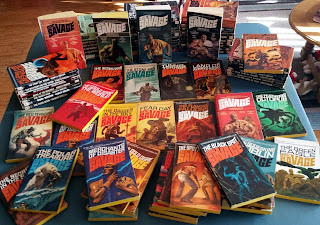 There are as many reasons to begin collecting as there are the types of people that do the collecting. There are equally as many types of collections as there are people and their divergent reasons. No matter if you collect vintage dolls, old newspapers, classic automobiles, tin gasoline signs or even chinaware, the collection has undoubtedly provided you immense satisfaction.

Often driven by both nostalgia and my abiding fascination with American history, my collecting habits began in my childhood, and continue unabashed in my sixth decade. I am predominantly a book collector, but over the years my collection has grown to include documents such as letters written by such favorites as Errol Flynn and Zane Grey; also movie posters, magazine advertisements, sheet music, and even beer steins. I also have a nice firearm collection, but these are modern guns. 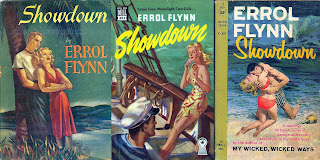 Mostly I collect books, and that broad category includes over six thousand comic books, some pulp magazines from the 40s and 50s, and naturally hundreds of paperbacks and hardcovers. This includes all genres and styles. I don’t discriminate. My only rule is simple – I collect what I like.

The hunt is part of the fun. I could easily fill gaps in my collection by using e-bay, which, in fact, I have done now and again, but I prefer the simple thrill of the unexpected while traveling. In recent years I have added items found by chance in Wisconsin, Michigan, South Dakota, Wyoming, Tennessee and California. With the demise of independent used book dealers, I resort to haunting antique shops or flea markets.

I have met some fascinating people on the road, and I am consistently amazed by the depth of knowledge and passion other collectors have for whatever niche of the American Dream they covet. There was the fisherman who collected the 1960s Grosset & Dunlap Hardy Boys novels by Franklin W. Dixon; The antique dealer who was an expert on Sambo, the black character who debuted in The Story of Little Black Sambo (1899) by Helen Bannerman, and which inspired a restaurant chain – her collection included a first edition of the Bannerman book, restaurant menus, magazines advertisements and original advertising artwork; the collector of Sinclair gasoline station dinosaur signs; and the ancient woman in the straw hat with wrinkled, sun-darkened skin like a lizard’s who kept a notebook about every book she had read since childhood some eighty years past and knew all about Zane Grey and Jack London, her favorites.

Of course, collectors of pulp magazines are a breed unto themselves, and the same can be said for comic book collectors. No matter if you collect, Dell, Marvel, DC or some other company’s titles, there are certain issues or series that drive your passion. I have a fantastic collection of Superman and Batman titles, but I have supplemented the collection with much more. My pulp magazine collection is modest, but my paperback collection is out of control. 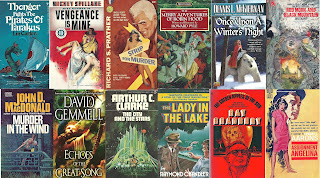 Book collectors are a special breed. I have a northwoods friend who had taken up the habit of reading later in life; and his home became cluttered with hundreds of used paperbacks. He searched flea markets for deals and rejoiced at ten for a dollar which meant that he could bag a shelf full for ten bucks. He worked his way through several bags of mysteries and eventually decided that Mickey Spillane was a favorite and then Richard S. Prather. None of the modern thrillers had the verve of a Mike Hammer or Shell Scott mystery with the exception of and Child’s Agent Pendergast mysteries. Once he delved into a bag of 1950s Popular Library paperbacks. After reading Wicked We Love by Mordecai Richler and A Bullet For My Love by Octavus Ray Cohen it struck him that these writers were now forgotten. What was it about our culture that could breed such great writers only to have them forgotten within a generation? Readers can discuss such topics endlessly. 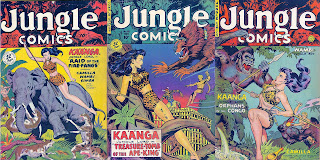 As you might expect, flea markets are part of his routine, as it is mine. This, we agreed, was Lost America. Our once powerful and vibrant nation had created a civilization that functioned at peak efficiency, and then destroyed it. Gone now was Burma Shave and wind-up toys and fishing calendars with girlie art and magazines like Argosy and Beauty Parade or Wink. Gone was the art of handmade fishing lures and S&H green stamps and sheet music with the latest love songs for piano. When he gazed upon a table of old knives he wondered at the unknown stories of families fishing the northern lakes together.

He found a bone handled Bowie knife that he paid too much for, but the blade was pure, sharp as if it were new. The firearms were generally low grade at flea markets and his own collection, which he took pride in, were all cleaned and oiled and locked in a fireproof safe. People that know anything about guns seldom sell the good ones at flea markets. What you waited for was the accidental sale, something being unloaded by a relative with no inkling of the gun’s value. In this manner my friend found a 1917 U.S. Army Colt .45 revolver with the original walnut grip intact for fifty bucks. A steal by any standard. He bought it as an investment but afterwards he placed it in his safe and never looked at it again.

Book collectors are like fishermen; we enjoy telling about the one that got away. A first edition hardcover of Jack Schaefer’s Shane with an unblemished dust jacket slips past us all. I own a second printing with the dust jacket, but not the first. We steadfastly refuse to pay a book dealer high sums of cash for Shane because one day we might find it. Finding it by chance is what it’s all about. Only when emotional nostalgia takes control does the collector resort to shopping on e-bay or negotiating with dealers. We are all guilty of this pleasure, too, and I have plundered e-bay for certain titles to fill out my comic book collection.
There is apparently no end to collecting, especially with books, pulps and magazines. With one series completed, I can easily embark on collecting Sexton Blake digests from the UK. The digests will then by logic come to include the Italian fumetti titles such as Sukia, Zora or Cimiteria; and that can lead to Commando comics and then the Cleveland Western pulps out of Australia. Obviously, I watch very little television. I’m too busy feeding my mind and reading.
Autographed volumes are another matter, and I have been fortunate to collect many significant signatures – Errol Flynn, Zane Grey, Jack Schaefer, Kirk Douglas, Neal Adams, Ray Bradbury, Roger Zelazny, Joseph Payne Brennan, Mickey Spillane, Elmore Leonard, Jim Harrison and many more can be found on my shelf (with a few select favorites locked in my safe with a loaded gun).
In his excellent treatise on book collecting, aptly titled A Gentle Madness, author Nicholas A. Basbanes, tackles the complexity and passion we certain individuals have for our collections. The true collector, as I understand him or her, is a part of the literati; an educated reader equally as comfortable with Shakespeare as we are with Jack Kirby. As a baccalaureate holding student of literature, I have devoured the literary classics with the same enthusiasm I give Stan Lee or Walter B. Gibson. Such writers as Albert Camus and George Orwell share space with Bradford Scott and Jack Vance. We literati don’t accept boundaries, and we don’t necessarily collect as a means of turning a profit. Although it’s true, many canny collectors have become successful book dealers, most of us, however, are content to stretch the budget to fuel our passion.

My wife collects Autumn Leaf glassware, and she is as passionate about her collection as I am of mine. Together, we zealously visit antique shops and flea markets, often delighting in our good fortune when something comes our way. There is always some dusty old shop down the road; some junk yard turned cultural repository where some battered old paperback can make my day. My “want list” is in my mind; there is no need to make a formal list. I wouldn’t follow such a list anyway. There are mysteries to uncover down the road, and dusty corners to rummage through. I’ll find a place for it all later…

Copyright ©2017 by Thomas McNulty
Cover scans from the author’s collection
Also of interest:
Click HERE to read“Books and the Doorway to Imagination”


Click HERE to read “The Art of Reading”
Posted by Thomas McNulty at 5:38 PM