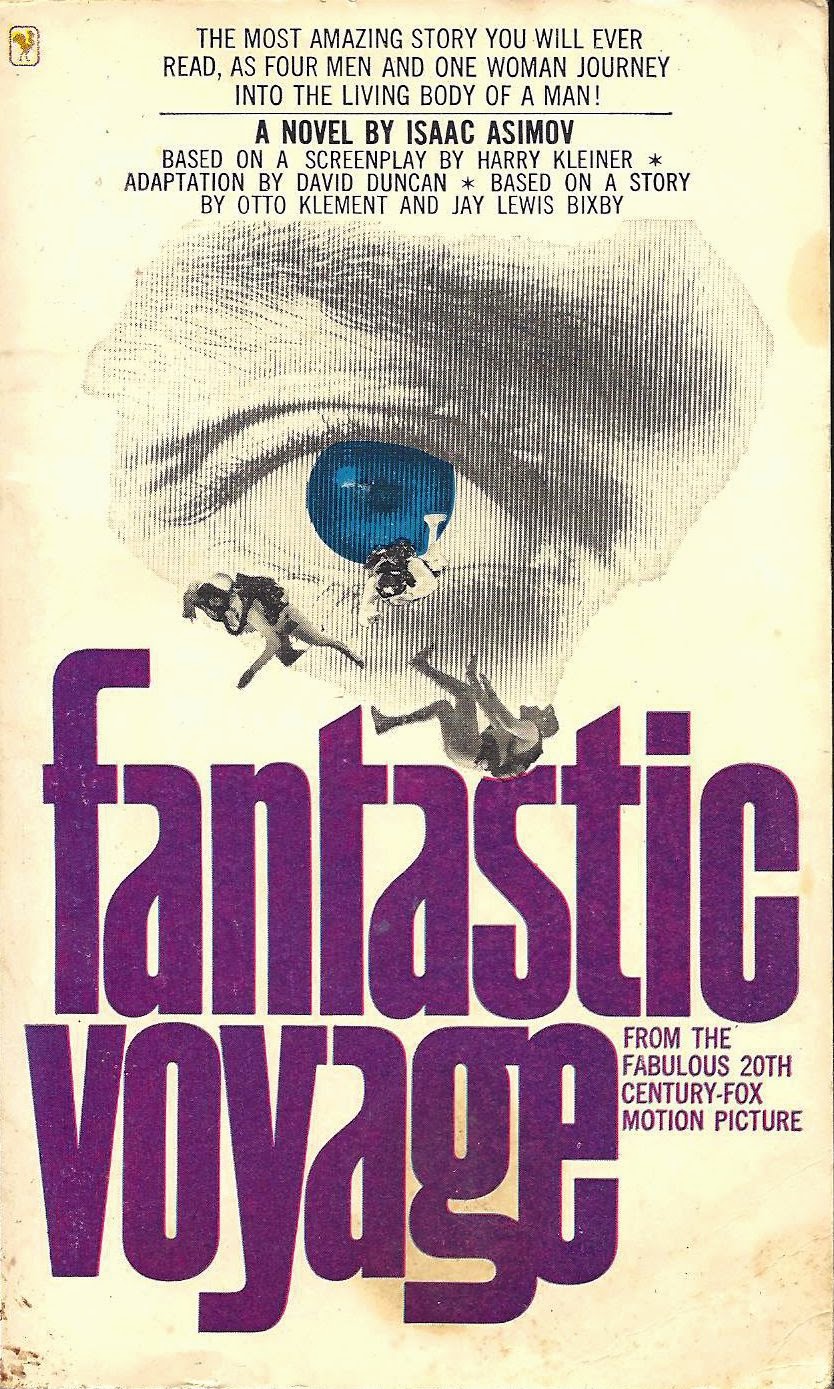 I enjoy telling people that Raquel Welch introduced me to Isaac Asimov. I never met either Raquel Welch or Isaac Asimov, but in 1966 I sat in a movie theatre and watched Fantastic Voyage starring Welch and Stephen Boyd. That awesome film is still a favorite. As an avid reader even at that early age, I made certain I had the Bantam paperback. I eagerly devoured it, and so my introduction to the many wonderful books of Isaac Asimov was underway. The book was based upon the screenplay by Harry Kleiner, adapted by David Duncan and based upon a story by Otto Klement and Lewis Bixby. The story of how Asimov came to write the novel is now a famous one, involving his initial refusal, the appeal of a hefty paycheck, the pulp fiction style allure of the story itself, and the improbable fact that the film would be any good let alone make money, which it did. I’ll leave it to trivia buffs and film historians to sort that all out. I’m only interested in the book and the film because I like them both. I’m looking at this material from the visceral reaction of a ten year old that enjoyed the film’s colorful action, suspense, techno-wizardry and the curves of Raquel Welch. My enjoyment of Asimov’s book is intrinsically tied to the film. The primary additions that Asimov lends the story are his practical and accurate medical or scientific details which lend the book a tone of authenticity. Film fans and pulp fans are required to suspend their disbelief over the implausibility of the human body shrinking to the point of being able to enter a human bloodstream. Once that happens, both the book and the film are a wild ride into a strange universe with perils at every bend in the vein. Asimov’s book is pure action, solid characterization and still enjoyable. For the un-initiated, the story is about four men and one woman who are shrunk to microscopic size and inserted into the carotid artery of a patient with the intent of alleviating his blood clot. Of course, the patient is a man with knowledge that could save Mankind. Off they go into a universe of rampaging cells, and passing through his heart, they must battle the body’s immune system in order to reach the blood clot. Both the film and the book depict the body as an incredible universe unto itself, and therein lies much of the story’s appeal. Sectioned into eighteen chapters, Fantastic Voyage isn’t Asimov’s best, but it’s pretty damn good. I re-read it one afternoon recently and found myself swept along and grateful that I had encountered that film and this book in my childhood. I have no doubt that I would have discovered Asimov’s Foundation series and Robot stories without Fantastic Voyage, but it did accelerate that discovery. Bantam has reissued Fantastic Voyage numerous times. The current paperback sports a nice cover by Enid Hatton. 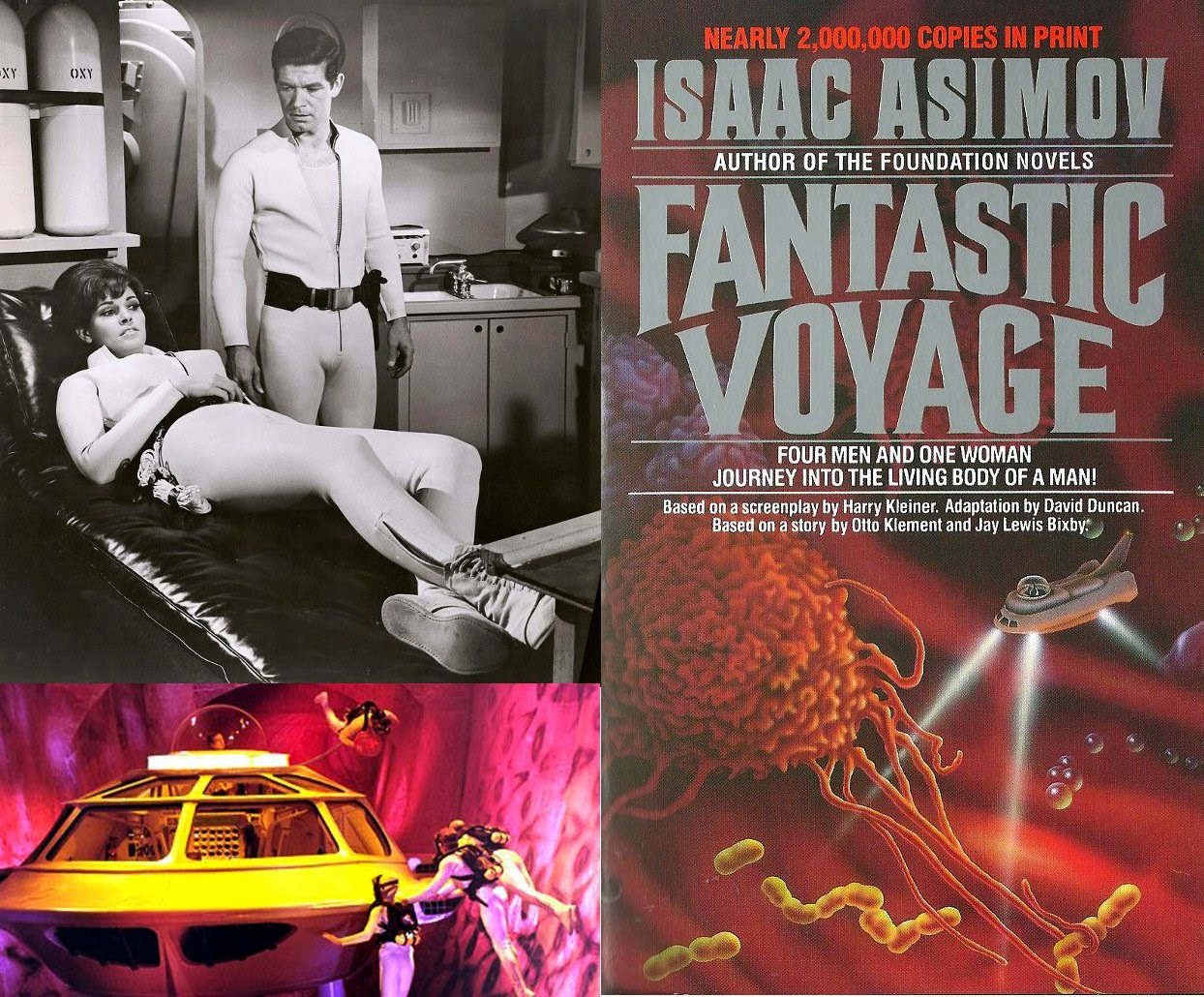 Posted by Thomas McNulty at 4:44 PM