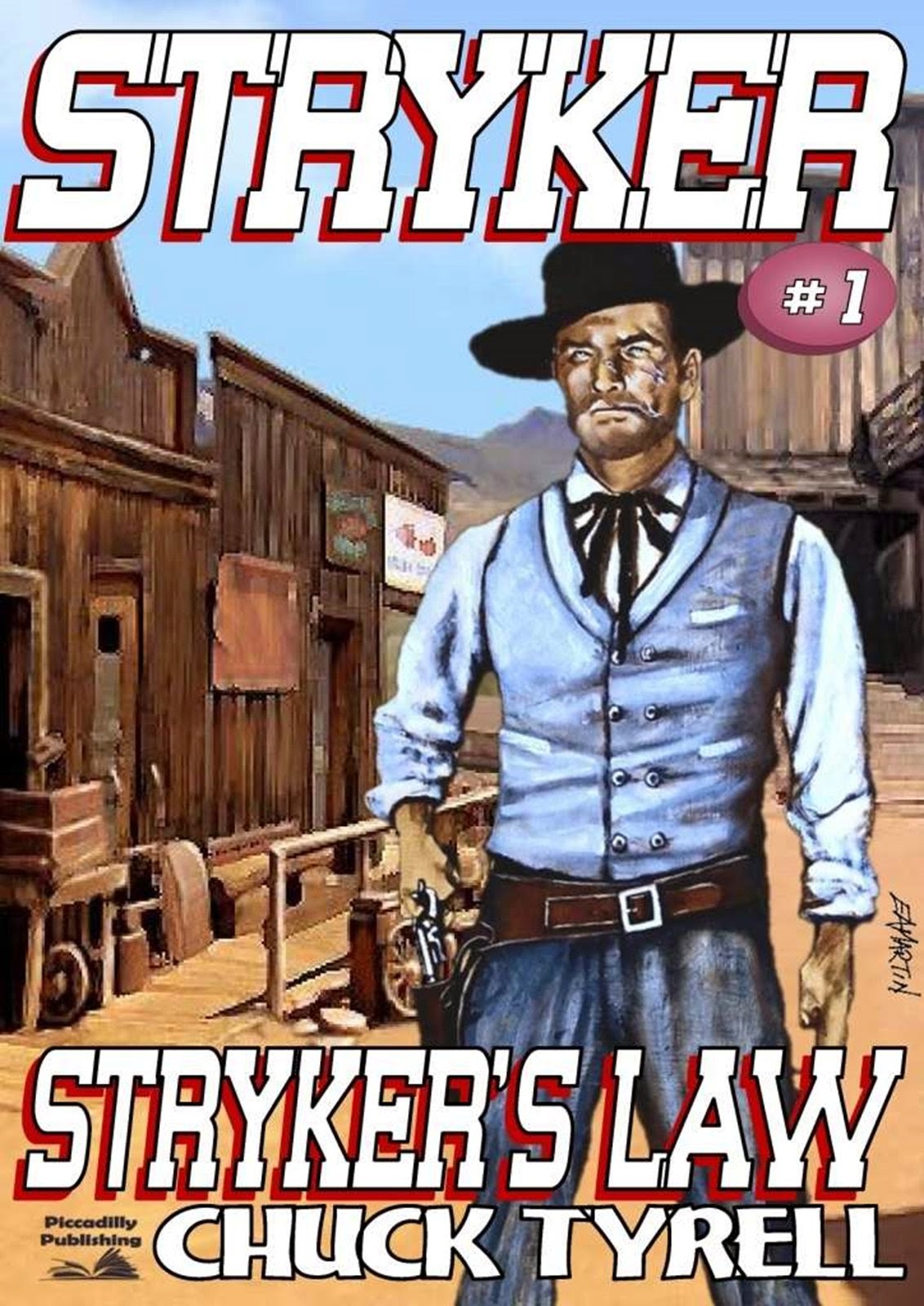 Happy New Year Everyone!
Let's start this year out the right way -
With a Western!

My wife bought me a Kindle for our 30th wedding anniversary and the third book I downloaded was this one. Originally published by Robert Hale as part of their Black Horse Western series under the title Guns of Ponderosa, Chuck Tyrell is a pseudonym for Charles T. Whipple. This is the first in a series featuring the character of Matt Stryker. Stryker’s Law is great, a page-turner along the lines of classic pulp adventures which is what I’m always looking for. The prose is masculine, the characters fully defined, and the plot exciting. The set-up is traditional good versus evil, and there’s nothing wrong with that. When the town of Ponderosa is taken over by Jake Cahill and his gang, they nearly beat to death Matt Stryker, a friend of Fletcher Comstock who would like to see Ponderosa rid of Cahill once and for all. The mistake they made was in letting Stryker live. Readers like myself who enjoy a good shoot-em-up western will appreciate Tyrell’s lively, descriptive prose. I thoroughly enjoyed Stryker’s Law and whipped through these digital pages with ease. Matt Stryker is an appealing character for a lot of reasons. The beating left him disfigured and he’s as tough as any character you’ll find in any western. Incidentally, Stryker’s Law is published by Piccadilly Publishing under the auspices of my friend David Whitehead and his friend Mike Stotter. Piccadilly Publishing has become the number # 1 western e-book publisher worldwide and have many other Chuck Tyrell titles available. I know I’ll read more of the Matt Stryker books based upon my positive experience with this one. The cover artwork is by Edward Martin.
Posted by Thomas McNulty at 8:34 AM