Drums of the Dark Gods by W.A. Ballinger 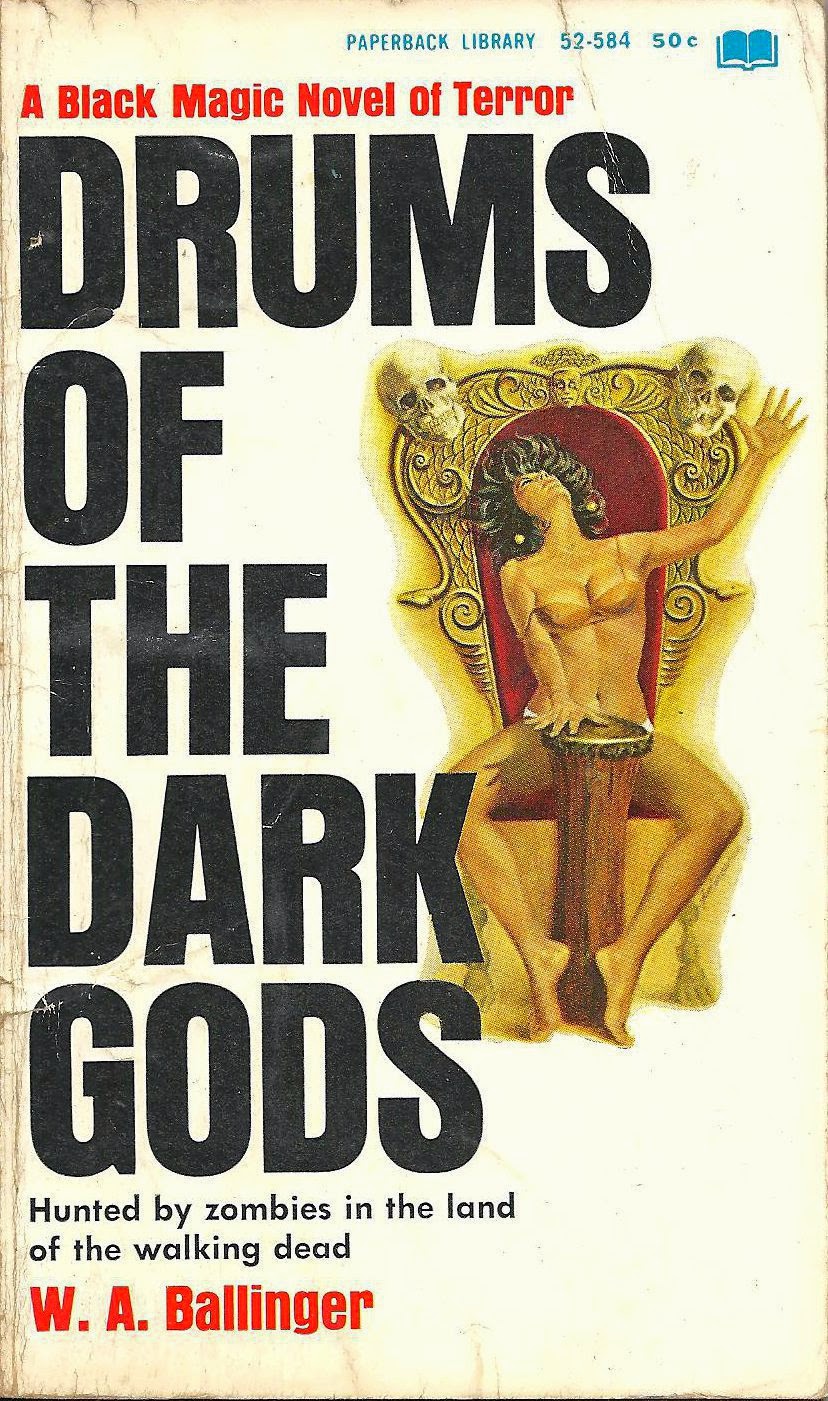 W. Howard Baker wrote Drums of the Dark Gods under the pseudonym W. A. Ballinger, one of many aliases he used. It was Baker who allegedly created the Peter Saxon pseudonym for Amalgamated Press. Under the Saxon name he reportedly wrote Vampire’s Moon, one of the best pulp paperback vampire stories from the Swinging 70s. There is some debate among bibliophiles which of the Peter Saxon novels were written by Baker, and which were written by Wilfred McNeilly. Since I collect them all I can attest that the stylistic similarities between both writers makes it difficult to confirm. I collect any paperback written by W. Howard Baker and Wilfred McNeilly under any of their many pseudonyms. The books are always good. Drums of the Dark Gods is a tight supernatural thriller from 1967, just at the onset of that era when Peter Saxon paperbacks began to proliferate. Insurance investigator and enemy of black magic practitioners Richard Quintain takes his telepathically gifted secretary, Julia, with him to Haiti to infiltrate a group of Satanists and voodoo cultists. They come under attack almost immediately, encounter zombies and eventually find themselves trapped in the blood-drenched torture chamber of Gorga, Master of the Left Hand Path. Gruesome, suspenseful, implausible and ultimately incredibly entertaining, Drums of the Dark Gods is a wacky thrill ride. Entertaining books like this are the reason why I collected so many horror paperbacks from this era. They were good old fashioned pulp fun, not necessarily taking themselves too seriously, but serving up just what horror fans wanted. They don’t make them like this any more, and that’s a shame. Drums of the Dark Gods is fairly easy to find, and so are those great Peter Saxon paperbacks. Track down a copy and give yourself a Halloween treat.
Posted by Thomas McNulty at 6:34 PM