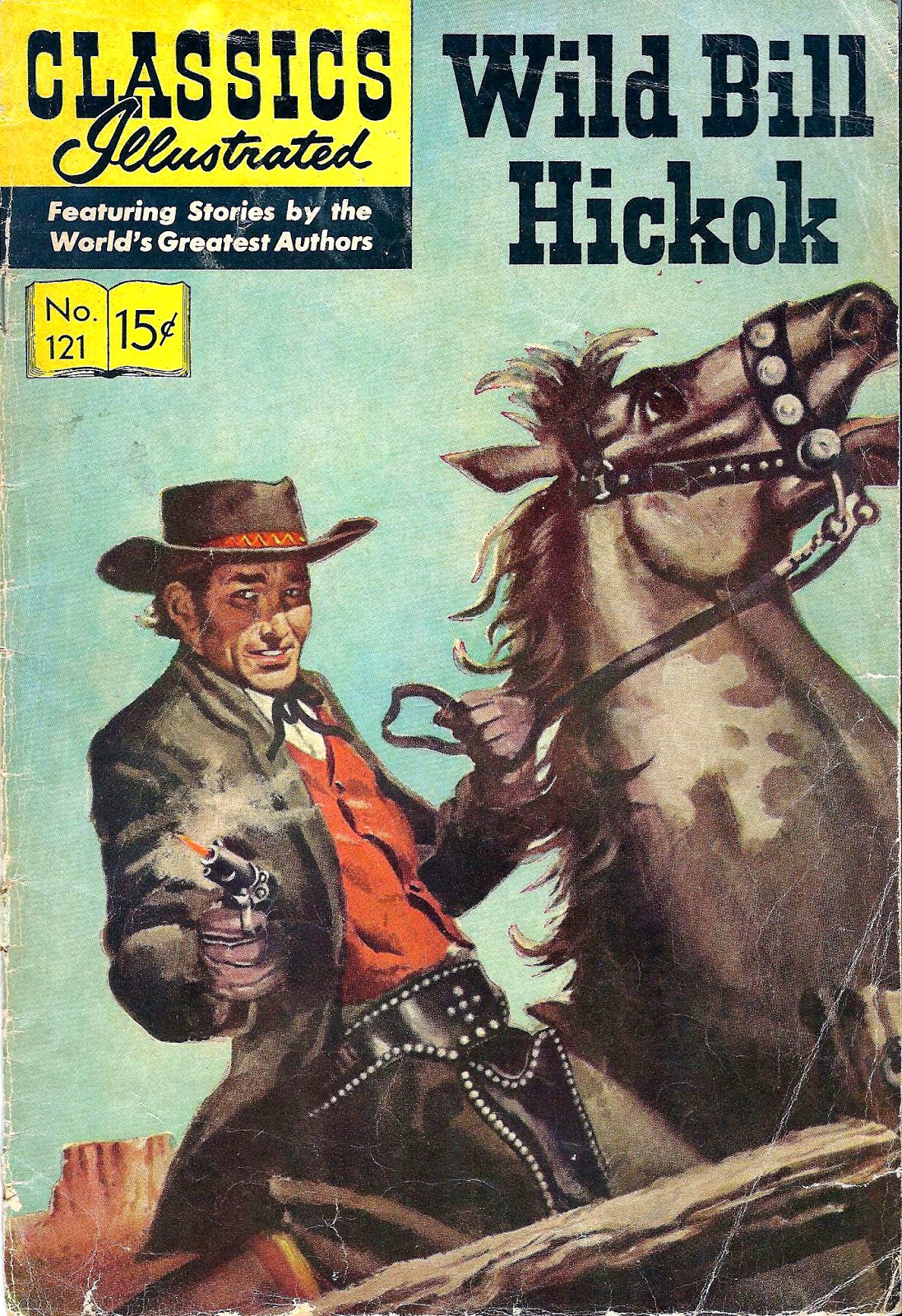 I haven’t posted much about comic books but I thought I might do so going forward. I stopped collecting in the late 80s but I still have 25 boxes crammed with goodies of all types. Classics Illustrated # 121 Wild Bill Hickok dates from the 1960s (originally published in July 1954) and even has my name scrawled on the bottom front page because we kids would swap and read each others books. This, along with the film The Plainsman starring Gary Cooper, was my introduction to the legend of Wild Bill Hickok. I love the artwork in this one, credited to Sal Trapani and Medio Lorio and scripted by Ira Zweifach according to several on-line databases. This is pure mythic Hickok, playing fast and loose with the basic facts, and that’s fine with me. The story covers the basic arc of Hickok’s life and sets a tone that this impressionable kid has never forgotten. Hickok appears invincible here but the poignant ending made it clear that he was mortal after all. Classics Illustrated comics are easy to acquire and often in great condition. It takes a certain type of collector (usually nostalgic old coots like me) to pick these up. Super-Hero comics are far more popular but I liked a lot of these Classics Illustrated titles. Most of them were adaptations of great literature but as the series progressed they incorporated historical figures such as Hickok, Buffalo Bill, Robin Hood and others. The series has been reprinted multiple times and I believe the current reprints originated in England. 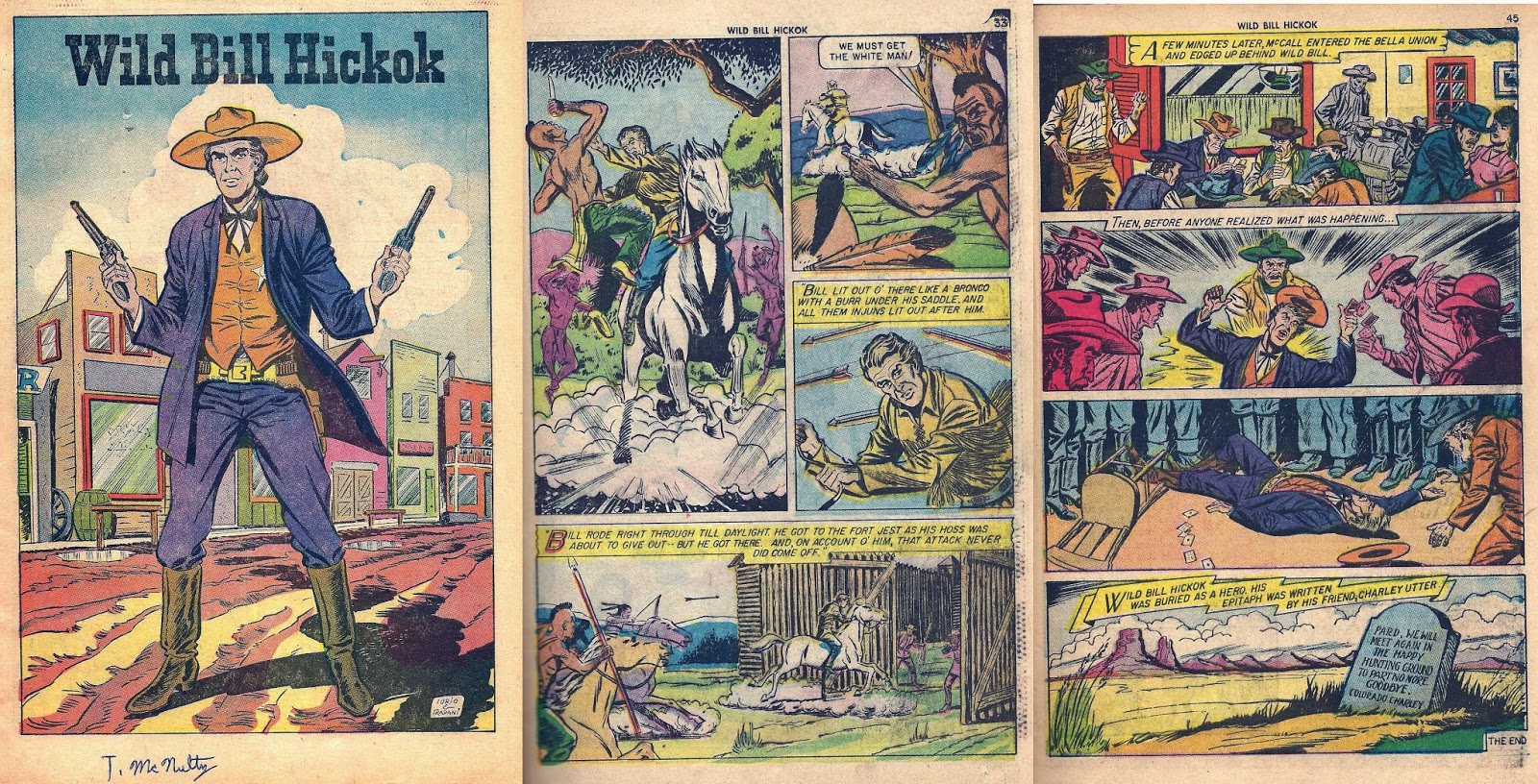