The Art of Reading


The Art of Reading
(About this Blog)
by
Thomas McNulty
My life as a reader began in 1963 when Lippincott introduced its new textbook. I had been struggling with words and failed to comprehend what I was looking at, but thanks to a fantastic second grade teacher and the encouragement of my mother, I was suddenly able to decipher the strange symbols I saw on the page. The key to all of this was the manner in which they encouraged me. I had expressed feeling bad when asked a question in the classroom, and being unable to answer it, I retreated into a shell of self-loathing. Both my second grade teacher and my mother told me the same thing: “You don’t have to like it or dislike it, just try to understand it.” They shared with me ways to sound out the words using phonetics and charts, and I was on my way. I mastered the art of understanding, which naturally lends itself to critical thinking. My approach to reading came down to an act of reading simply to understand what was being said in order for me to answer questions in a classroom.

On the surface, this approach may sound dispassionate, but I think it’s vital. Reading without judging is the best approach. You can like it or dislike a story after you’ve read it, but read the book or story first all the way through with the goal of understanding it. If you understand it completely and without reservations, only then can you make a subjective decision as to whether or not you like it. 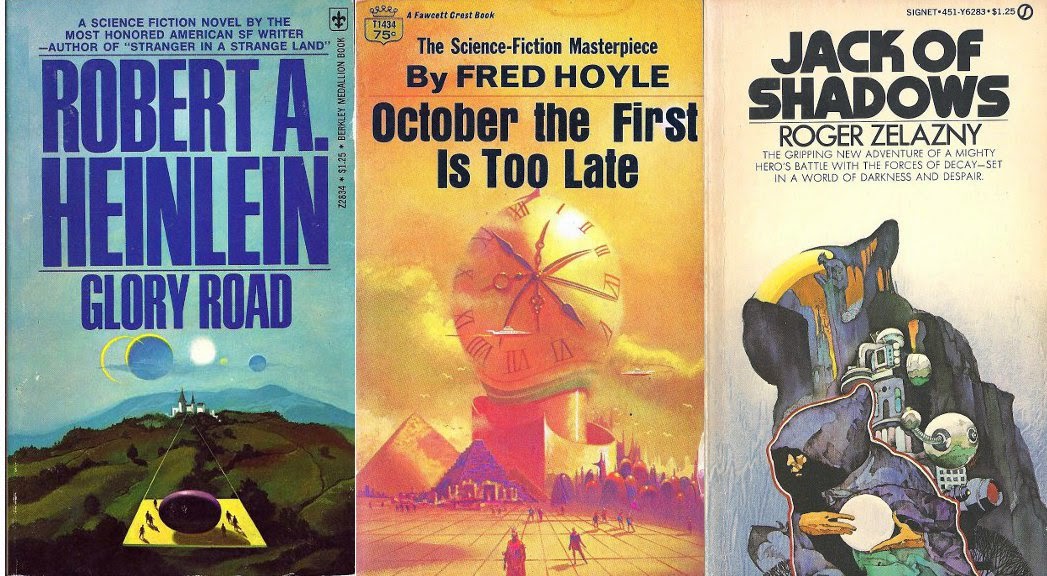 Over time I learned that in order to truthfully like or dislike something then I needed to understand it wholly. This is true for all of the creative arts. A student unfamiliar with post-war modernism in literature will struggle with The Cannibal by John Hawkes, especially if their reading has been limited and their education incomplete. A student who favors the Impressionist painters like Renoir or Monet may recoil from Jasper Johns if they don’t understand Jasper Johns.

We are living in an age of surplus information transmitted electronically and available globally. That amazing fact offers potential for the advancement of literacy, but only if the technology is applied properly and utilized by a well-meaning society. This is not idealism but fact, and the facts sadly also support the argument that civilization is in decline. The Internet has become a haven for people we collectively now refer to as Haters. The evidence of this dysfunctional and abrasive sub-set of society is visible on FaceBook, blogs, websites and, yes, even in Amazon.com book reviews.

We have become a society where we post our prejudices, discontentment and neurosis on FaceBook on a daily basis. Complex and serious topics such as politics, economics, religion, gun control and sexuality are reduced to declarative and often abusive comments. We appear content to promote a knee-jerk reaction to media reports, particularly regarding celebrities, and we no longer care about getting all of the facts. Hatred has become chic on the Internet.

Ultimately, reading is easy. Jumping to conclusions is easy. Nitpicking is easy. But thinking, and truly making an effort to understand something requires effort. It falls into that dreaded category of “Work” and work is anathema to a society that promotes pharmaceutical ingestion as a means to maintain your erection. Promoting exercise and a proper diet are foreign concepts to Abbot Labs or any other Drug Company who pay millions for their daily commercial advertisements on Television. Their attitude is: if you’re sad, take a pill. If you’re not feeling sexy, take a pill. If you feel dumb, take a pill. George Orwell’s spirit may be lamenting that Big Brother is all too real in the world of 2014 where opinions are formed solely on the basis of spoon-fed portions of data designed to prevent the proletariat from thinking.

Another key element in my development as a reader occurred when I was encouraged to read anything I could get my hands on, and my mother specifically told me “Ask questions if you don’t understand something, or look up the words in the dictionary.” For me, anything meant everything, and so I picked up whatever books I wanted and read them. My parents bought me a dictionary. I consulted it often. There were always books lying around the house. My grandmother favored saucy romance novels which turned out to be an education in itself, and my father liked Mickey Spillane and Popular Mechanics magazine. We had a subscription to Life magazine, too. I loved The Hardy Boys and Brains Benton, and Tom Swift. By the age of ten I had read Ian Fleming’s James Bond novels and a few Mickey Spillane books. Paperbacks were readily available whenever I wanted one. Of course there were plenty of comic books around. My favorites were Superman, Batman and Spider-Man. Before the Sixties ended I was into Captain America, Dare-Devil and Iron Man, all of Marvel’s classic heroes.

By no means was I a child prodigy, although my reading habits surpassed most of the kids in the neighborhood. I struggled in school for other reasons, but the books had become a fixture in my life. Literature touches people in a special way, just as music does, and I reveled in the adventures of science fiction, fantasy, westerns, romance, espionage, and even non-fiction. Since the mid-70s I have read one book per week, sometimes two. I stockpile books and I always have a stack to pull from.

This active and willing involvement in reading doesn’t make me better than those that don’t read, or those that read less than I do. It doesn’t make me a genius and it doesn’t make me an expert on anything. What it has done is add quality to a lifestyle that involves using my mind as often as I use my muscles. It also makes me a minority when it comes to assessing a book. I dislike very little of what I read, primarily due the aforementioned habit of reading to comprehend it first. Often, it’s best to simply read and understand a book as “it is what it is.”

Of course there are many books and authors that I don’t enjoy. The difference being that I am unwilling to waste my time ranting about things I don’t like because I find life rewarding and fun, and there are more things to enjoy, and I prefer to concentrate on the good things. But as an example, it is fashionable to judge authors based upon their politics or religious beliefs, as we all saw happen recently with a certain popular author whose stated opinion on homosexuality made the media outlets happy because it provided them a ratings bonanza every time someone clicked on the headline, which went viral on the Internet. That author is entitled to express his opinion in a free society without being harassed for it. Disagreeing on something is no excuse to promote hatred. I am a minority because I am attempting to refuse participation into this constant negative whining that occurs on the Internet.

Note that I used the word attempting. Readers of this blog are aware that I have publicly criticized David Bret and the late Charles Higham for their spurious books about Errol Flynn. My intention is that such criticisms are the exception rather than the rule. We all have the right to our opinion and we should indeed feel free to express ourselves when it’s appropriate to do so, but having the right of free speech is no excuse for bad manners through public displays of imbecility.

The words critic and criticize derive from critique which is a manner of evaluation through presumably intelligent discussion. The Internet is full of self-proclaimed experts on every topic imaginable, many of whom thrive on promoting their prejudices under the guise of criticism. I suspect that most negative reviews are written by people with an agenda. Often it’s because they are jealous or hold a grudge against the author, or perhaps they are what they appear – miserable people without lives who take pleasure in saying nasty things about successful people. This holds true for mainstream reviewers as well as the usual assortment of chimpanzees who so gleefully post their hate filled reviews on Amazon.com.

My experiences in life have taught me that one good book can change someone’s life for the better. I say that because it happened to me, and I have spoken to people who tell me they have experienced the same thing. The authors of these books are widely different, representing a cross-cultural community. If writing is an art form, then so too is reading because we are participating in an intellectually creative action.
The first author I met was Marguerite Henry, author of Misty of Chincoteague and Brighty of the Grand Canyon. She was appearing at a local theatre to help promote the film version of Brighty of the Grand Canyon. So that would be the summer of 1967. She had a table of books to sell and I was short the cash. I never got an autographed copy, but I remember she was kind and loved talking about horses. She looked like she could be anyone’s mother or sister. 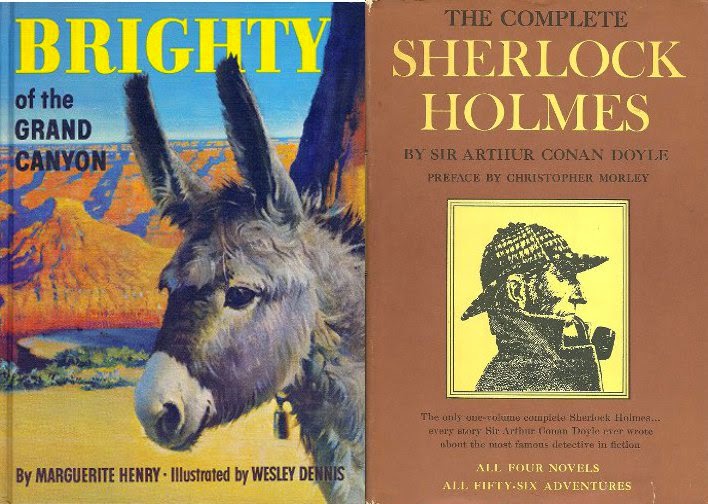 Over the years I have met many authors and collected many books. I have met famous authors and unknown authors and I have read great books and not so great books. The key here is that I also enjoyed reading the not so great books. I formulated my own opinions on what I liked, and once I understood it I began picking favorites. This blog is about my favorites, new and old alike. Thank you for joining me in this literary journey. Most of the public (and private) comments I receive regarding this blog are positive. Comments are welcome at: taekwonmcnulty@yahoo.com or under each topic.
Meanwhile, there’s an amazing world out there waiting for you.
Feed your brain.

Posted by Thomas McNulty at 3:15 PM

Email ThisBlogThis!Share to TwitterShare to FacebookShare to Pinterest
Labels: About This Blog, Book Collecting, Contact Thomas McNulty, Literacy, The Art of Reading