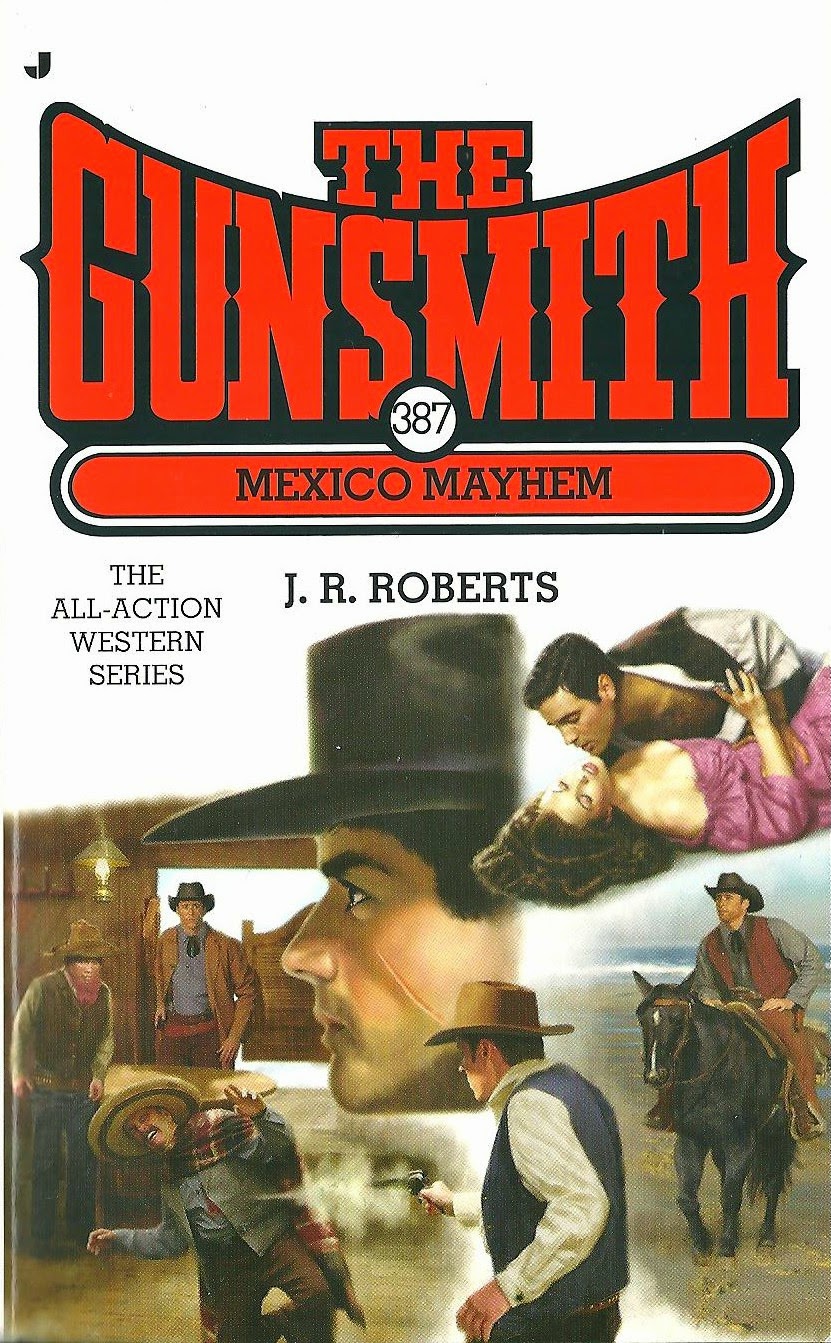 The Gunsmith # 387 Mexico Mayhem continues the ever-popular series with Clint Adams, the man known as the Gunsmith, taking a little vacation down Mexico way. Those of you that follow the series know that recently Adams has found himself under attack from an unknown adversary. Taking refuge in the seaside town of Laguna Niguel, Adams reconnects with an old friend, and inadvertently encounters another. Laguna Niguel is a town with secrets. The sheriff, Domingo Vazquez, is a hard-edged man, but which side is he on? That’s the question Clint Adams has, and even Vazquez’s sister, Carmen, who happens to be messing around with Clint, isn’t saying much. Then there’s Father Flynn, a priest with a past, and Ernesto Paz along with his men; and finally two gunmen on the trail with an agenda that remains to be discovered. Mexico Mayhem is a little shy on gunplay this month but the pacing and suspense are elevated, something author Robert J. Randisi does better than anyone. Clint Adams is now a cultural icon among western fans, and if Robert Randisi ever finds a way to bottle and sell his talent then count me in for a case or two. Meanwhile, I’ll have to settle for two fingers of whiskey. Since Barnes & Noble is the only major retail bookstore chain left, I recommend picking up some copies of The Gunsmith series (and Longarm, too). Barnes & Noble won’t carry them unless we buy them. Saddle up!
Posted by Thomas McNulty at 9:38 AM