Musings On the “The Sea Hawk” 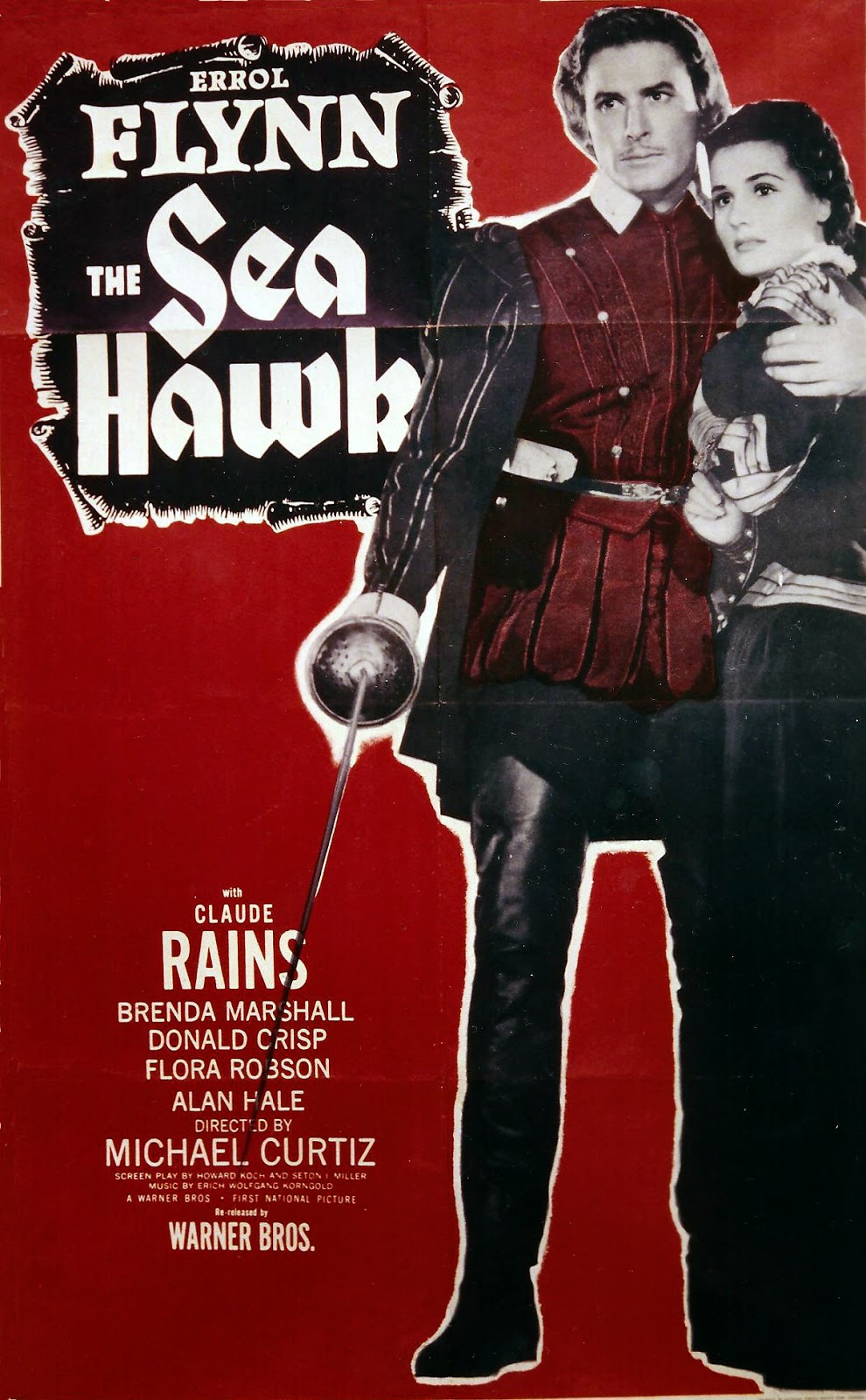 As I write these words the cold wind is howling outside my window and my computer is humming softly. Here in McHenry County, Illinois we have survived a brutal, snow-laden and sub-zero winter. Now the rivers are plump with rushing water as the snow melts and Spring reaches tenderly for tomorrow. I have finished another western, undoubtedly a book that will be read by few, but it’s mine, and I’m proud of it. A writer has nothing else but his thoughts and the blank page waiting for words. The blank page is my canvas, and I have painted many scenes with words.

Ten years ago this month my biography of Errol Flynn was published, and for ten years before that I conducted the research that would help me understand the enigma of Errol Flynn. I suppose I could follow the track further, all the way to my childhood when I saw The Adventures of Robin Hood and The Sea Hawk on television for the first time. I filled those blank pages with as much as I understood about Errol Flynn, and when it was over I felt sad. Recently, I sat down to watch The Sea Hawk again, my favorite Flynn film alongside The Adventures of Robin Hood. It was just as fresh and as exciting as the first time I watched it. 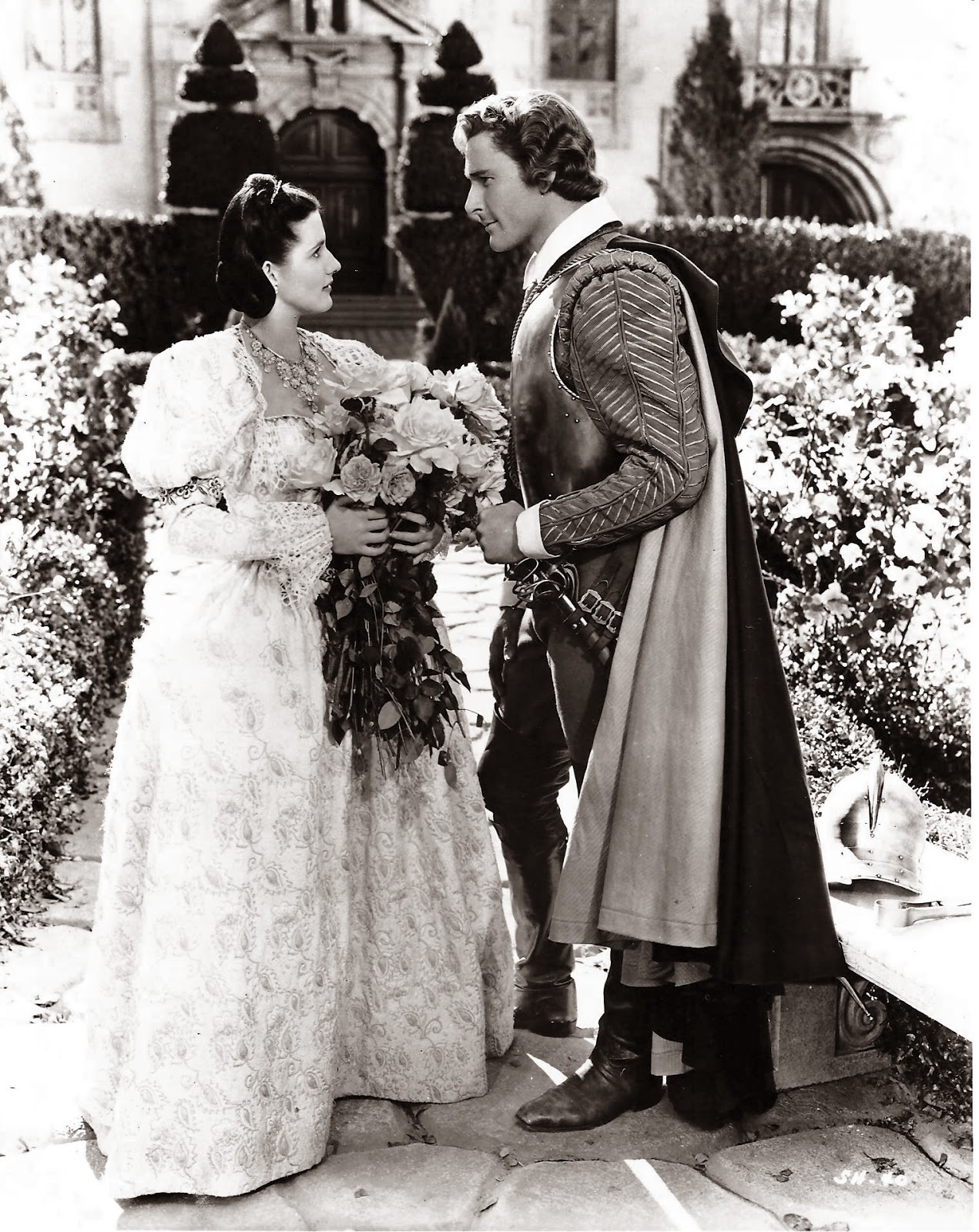 Films are another way of telling stories, and The Sea Hawk tells a grand tale. I was reminded again why precisely I wrote that book about Flynn, and why stories are important to our lives. My favorite scene in the film occurs when Captain Thorpe (Flynn) meets Maria (Brenda Marshall) in the palace garden. She is holding a bouquet of roses. Although this is a black and white film, the scene is beautiful because of it’s tenderness. Thorpe tells Maria: “Dona Maria, in the garden of a convent in Peru there’s a beautiful statue. The Spanish nuns call it Nuestra Senora del Rosario...this is how I’ll remember you, as my lady of the roses.” That scene defines for me the word romantic. Of course, I am grateful to be labeled a sentimentalist. That’s not a typo, I am grateful...I wrote that book, in part, because that scene is so moving, and I wanted somehow to celebrate its existence. There are many such instances in Flynn’s life and career, but that one is my favorite. Watching The Sea Hawk again reminded me of all of that – I wrote that book, and everything I have written because I see poetry in sunrises and sunsets; I write because I understand the importance of a child’s smile, the wisdom in the eyes of the aged, and the value of stories. My book is far from perfect, but it was something I needed to do, and I gave it my all. Few know that I nearly died writing it. That tale will be told another day.

The Dalai Lama has said that “Love is the absence of judgment.” A noble thought, but difficult to realize in a world of haters, Internet bullies and cynics. Even now, there are those among you smirking at these words, ready to disagree, salivating with hatred at the admittedly inadequate words I wrote about The Sea Hawk. Yes, it’s true that Olivia de Havilland would have been better in the role of Maria, but I maintain that Marshall is fine, and the scene in the garden still works. Yes, Technicolor photography might have made the film better, but Sol Polito’s black and white photography helps lend a sense of nostalgia to a film that in many ways represents the best of Hollywood’s bygone era. There is a texture to the film; a tactile quality that the Warner Brothers studio mastered better than anyone. 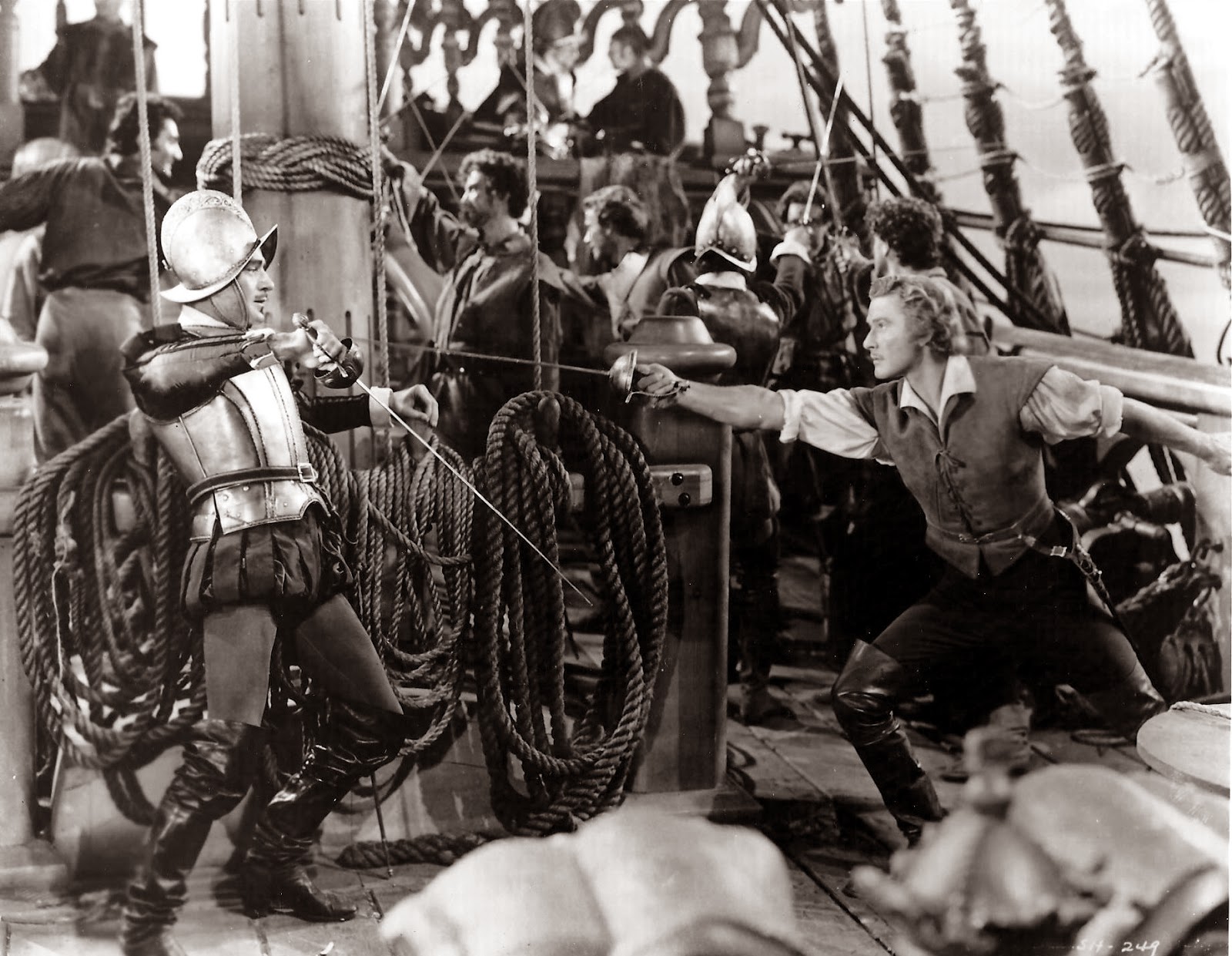 Nitpicking is easy. I like recommending that people try learning how to breathe. Taste the air, allow it to become a part of you. Seeing is not done with the eyes only. You have to feel things viscerally, deep in your soul, and then if you are lucky, you’ll reach a new level of comprehension. Perhaps the Bodhisattva that once traveled cross-county from Chicago to Los Angeles seeking knowledge is still very much a part of my life, but for whatever reason I cannot nitpick this film. There is enough of that out there, including a new and rather mean-spirited book about Flynn and de Havilland that will undoubtedly find a popular audience because of its splendid design and stunning photographs. But it is still mean-spirited, and there is no justification for that.

You cannot explain the wonderful novels of Edward Abbey to someone predisposed to despise him. So in considering The Sea Hawk, I am content to love the film just as it is, without qualification. And when I think of the film I also recall that generation that created it, all but gone now from this earth; a generation on the brink of war, and a world that was about to change forever. In my travels I have listened to people talk about seeing The Sea Hawk upon its release in 1940, and their reaction is always the same. The film left them feeling buoyant, inspired. Errol Flynn is a commanding presence, and he cannot be ignored. There are many reasons to enjoy The Sea Hawk, but the first and last reasons are always Errol Flynn. 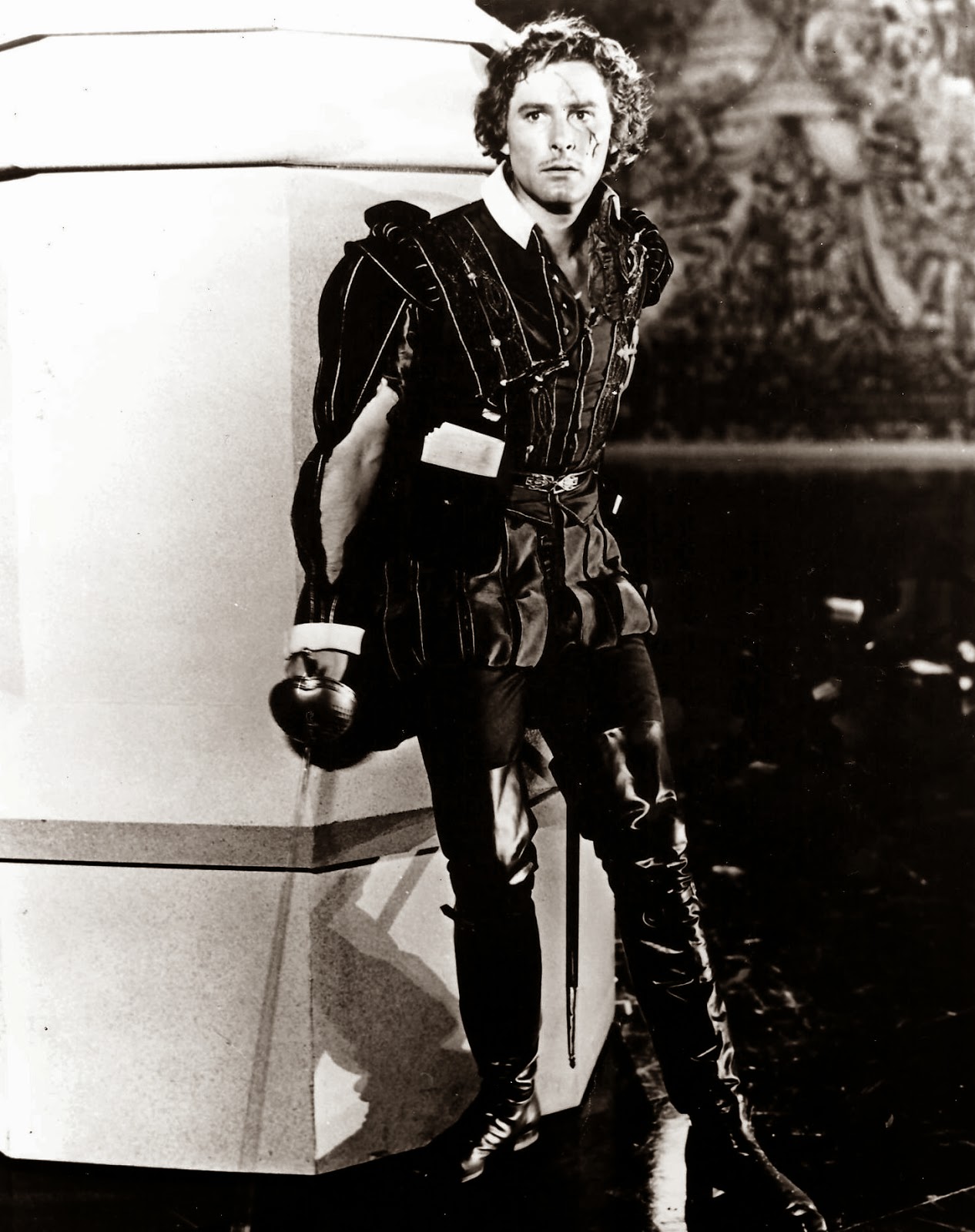 I have seen countless people whose lives were changed by a great film or a great novel; a poem, a song, a painting – those things we create from the fabric of eternity that stand the test of time. Captain Geoffrey Thorpe will always overcome his adversaries, and he will always have Maria, just as Rick and Ilsa will always have Paris. We will always have that magnificent score by Erich Wolfgang Korngold, and we will always have such timeless tales of good versus evil. What will change will be the details of our own lives. The Sea Hawk remains for those of us lucky enough to understand it a sanctuary for all we hold dear; a place to rebuild, to be inspired, to stand against the tide of darkness.

After watching The Sea Hawk I thought about its message of hope, and of how far we have yet to go. Understanding this, and coming back to it again is part of a long journey that has taken me to many ports, faraway cities, and in the company of fascinating people. I am quite privileged and grateful. Not long after finishing the book I participated in some soul-searching (perhaps something that is intrinsically Irish and unavoidable on my part), and I realized I had more to say, and certainly I felt I had more to learn, not just about Flynn, but about life. To explore those thoughts I wrote the poem that I have included here as an endpaper to this essay. I make no claims to its literary quality. The poem was inspired by a passage in Flynn’s unpublished journal. I offer it here as a curiosity for those of you interested in seeing how a writer assimilates and struggles with his themes, and Flynn’s life lends itself easily to this effort. I don’t think the poem represents Flynn as much as it captures a moment in his life that moved me and expresses those themes I am still struggling with.

The road is ever long, indeed, and once around we can return to something that is forever meaningful, like great films and great stories, and may the wind be at your back.

The air here is as ancient as the dust
and bones beneath the Vatican.
Everything that is beautiful begins here
and ends here in the morning softness;
a light so pure it seems to swallow
part of the soul as a means of protection
the way a mollusk is sheltered by tides
inside its membranous shell.
A cigarette, perhaps a glass of vodka; he spends
a morning watching the birds alighting along
centuries old cobblestones in a place
like this where one is meant to
embrace the fall of empires
or the dreams Orpheus and of Eurydice.
Another damned party
receding in memory
like the shadows of these birds flitting
across the yellow stones.
The swashbuckler has not quite
mastered the formulae for farewell,
but he scribbles across the page
thinking he’ll come back to it later,
this fragment of life watching birds above an empty street,
so meaningful and so lonely.
The moment passes, the cigarette
is done, the vodka dries on his tongue.
Far down from this terrace
in the courtyard a
marble angel weeps in sunlight.
**
Copyright ©2014 by Thomas McNulty. Reproduction is strictly prohibited. 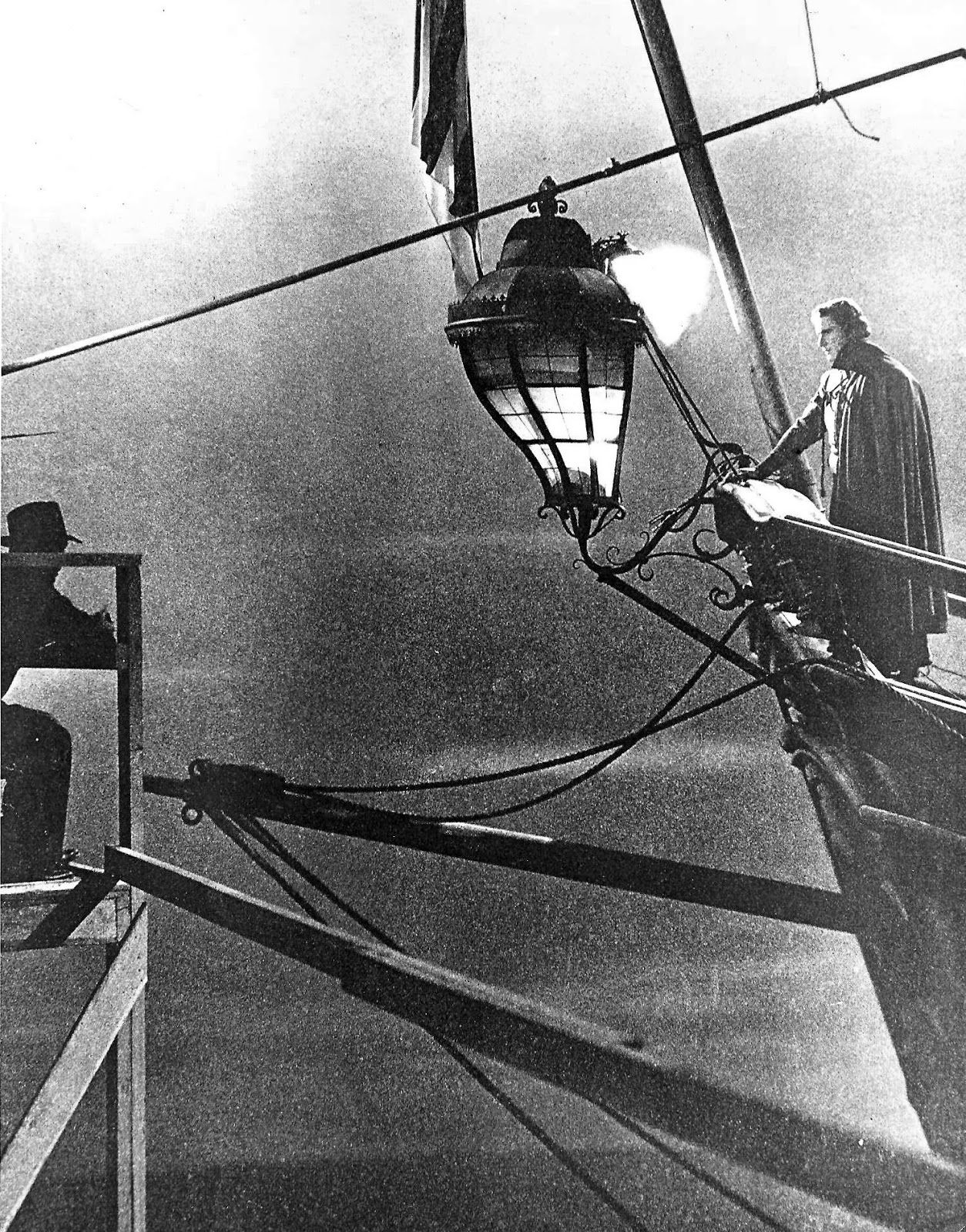 Posted by Thomas McNulty at 6:21 PM