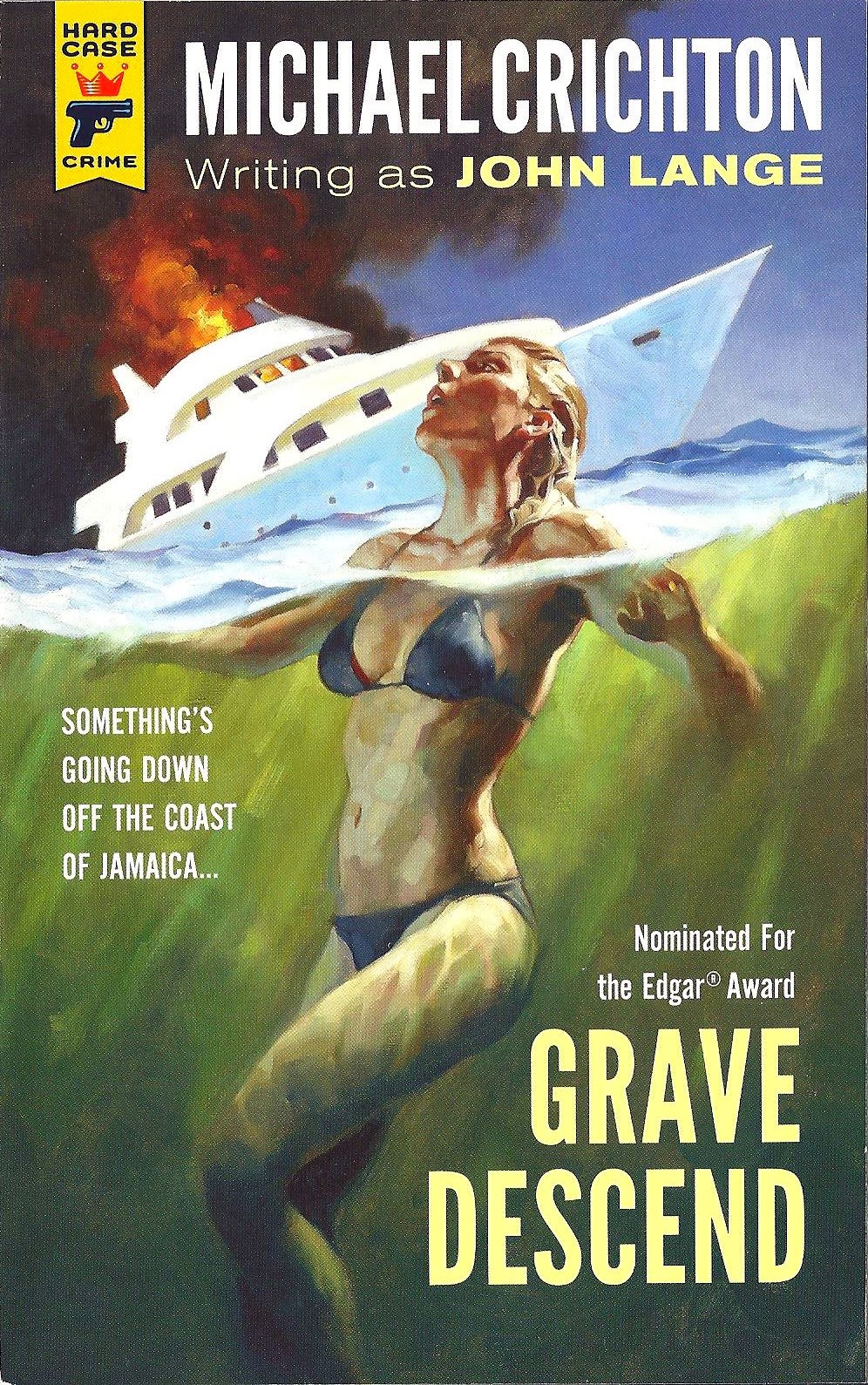 This 1970 thriller from Michael Crichton, originally published under the pseudonym John Lange, is part of Hard Case Crime’s Crichton/Lange reprint series. This is my second review of the eight releases, having previously commented on Easy Go. Crichton’s mastery of suspense and pacing is all quite evident in this taut thriller. Grave Descend is set in Jamaica and involves a diver named James McGregor who is hired to dive on a yacht that went down the day before. But the yacht is still afloat, and McGregor witnesses its destruction once he begins snooping around. He’s been set up, and he knows it. The question is why. The answer to that question plays out over twenty chapters and involves some nifty plot twists that I won’t reveal here. The solid characterization of McGregor is what propels this novel forward. He’s tough, laconic, and capable of handling himself; but he’s far from perfect. Then there’s the problem of the mysterious cargo, a statue that he can’t find in the wreckage; not to mention his constant manipulation by an unseen protagonist (or so he thinks). McGregor nearly perishes in a Jamaican swamp, only to find himself somehow surviving the ordeal and landing in more hot water. Grave Descend is imminently enjoyable; a page-turner that delivers enough plot twists and suspense to send me back to my reading pile for another of these John Lange novels sooner than later. The slippery cover by Gregory Manchess punctuates the paperback’s collectable allure. According to Hard Case Crime’s publicity blurb, Crichton wrote his John Lange novels while he was a medical student at Harvard. I’ll be reviewing the remainder as I get to them.
Posted by Thomas McNulty at 4:44 PM